Skip to content
Ever since i moved to Colorado in 2010 and heard about Conundrum hot springs ive wanted to get there. My first chance came mid October in 2012 when a hiking group posted this as a weekend backpacking trip. Excited, i signed up immediately and soon found out that it was a hot favorite of the group to be done just after the Fall season was over. Over 30 people signed up, but as fate would have it, there was a huge snow storm forecast for Wednesday through Friday; with the most snowfall on Thursday.

As expected folks started to drop out and on the day before our departure even though there were a handful of people still interested, on the Friday only 3 people, me included, showed up at the meeting spot. I too was debating about going or not. This was going to be only my third ever backpack, and i wasn’t sure id be able to handle the cold and hiking in snow. Resolute, i decided to go, and  over prepared, with heavy jackets, thermals, waterproof jackets, woolens, etc and a thick sleeping bag rated 10. We reached the trail-head late Friday night battling fierce snow storms and winds up on the passes on I-70, and started hiking early on Saturday. The whole hike was under thick foggy/cloudy weather , with intermittent light snowfall. The visibility was poor (hardly 30 feet) and the sun was never out.  The trail started off pretty gradually, ascending noticeably after the 2.5 mile marker (the first stream crossing bridge). I chugged along the next long stretch though the snow and fog in what appeared to be meadows, but it was hard to tell. Due to the fog we had no idea what we were hiking around or hiking towards. It was pretty boring. Carrying a super heavy pack, and wearing a heavy jacket, i got dehydrated perhaps and started cramping out, in both legs.  I had to stop several times.

Slowly, i reached the second marker, the second stream crossing (at around 6 miles) and came across the beautiful silver dollar pond (seen below)- calm water with trees all covered in snow. I still had a long way to go, and my cramps were acting up again, this time more severe and rattling my legs. I huff and puff, drink in shots of electrolytes, pray and push my legs one step at a time. It was a mental game. I knew in my mind i couldnt give up, and my heart wanted to reach the springs. The only way to go is up ! After all the meadows, the trail started climbing steadily on the final ascent though the forest to the hot springs, i did the slow hike though the snow one step at a time.

I was nervous and prayed and pushed myself, now alone on the trail going though the snowy forest, and managed to complete the hike just as the sun was setting. Being mid October it was pretty dark early. It was a long, painful, solitary hike with no views whatsoever! After setting up the tent i napped for 30mins to rest my legs and then headed to the hot springs which had a very jovial, communal atmosphere, and many folks were settling in to soak in the cold freezing night.

There were about 15 people in the springs including a big group of kids from the CU Alpine club.  I loved the hot springs instantly, the warm waters soothing the aching muscles and the friendly banter acting as a balm on the frosty night. The alcohol and the joints were passing around freely now and the laughter was catching. I think this was the first time i got to actually experience the hippy culture, as well as got a small (some what high) peek into the lives and experiences of American high-school kids and college freshmen, here… sitting half naked among a random group of naked or half naked folk soaking in the Rocky mountains 11,300feet above sea level! What an experience, i will always remember it! People had dinner in the springs itself, with some well prepared ones cooking up tasty meals in jetboils set on the rocks banking  the springs, as it was freezing cold so no one was complaining. Somewhere close to 11pm, the clouds cleared a bit, and we were treated to a star filled sky. Ive never before seen such a sight before. Within minutes we were spotting shooting stars that seemed too close for us to touch! Simply Amazing, and no amount of description would do justice to the sights and the experiences i think…Conundrum Hot springs had lived up to its magical reputation!

Happy, and reluctantly, i left the springs along with others also heading towards my tent direction. Changing into clothes in the freezing windy night was interesting too. My towel was frozen, so were the shoes, socks and shoe-laces, by the condensed moisture collected on it. We made it into our clothes and along the dark path to our tents soon. I slept soundly through the night, my core body temperature having been restored by the long soak, and awoke early next morning.The sun was out and the gloomy cloudy weather was totally gone. I took another short soak this time alone in the hot springs, this was when i got to actually see the amazing location of the springs, nestled nicely in a high alpine valley with tall snowy peaks flanking both sides and the pine trees spreading out ahead through the valley. Soon i packed up and headed back down the trail to the cars. This downhill hike was much easier and my muscles managed it with no problem at all. The sun seemed to have melted off all the fine snow from the previous night, and we could see the dried up grass and aspens along the slopes now. Soon we were at the cars and heading back to Boulder, looking at the mountains and the Valley in the rear view mirror, i vowed to be back, next time in better weather with no cramps! “Objects in the mirror are closer than they appear” the rear view mirror says…. How true i thought …. 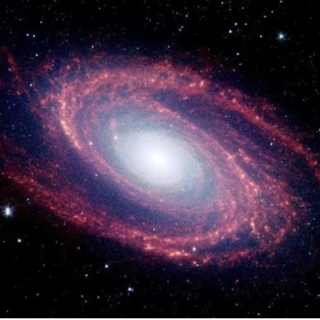